The pace of development in equipment, materials and processes for additively manufacturing metal parts is rapid. However, mass surface finishing techniques have been struggling to keep up with this means of producing increasingly intricate and complex components.

Currently, the poor quality of surface finish of completed AM builds can make them unsuitable for some industrial applications. Post processing, such as CNC machining or linishing of individual surfaces, is time consuming and costly.

Meeting these two objectives will enable AM parts to achieve a comparable surface smoothness to a subtractively engineered component at a similar cost.

Capturing process informatics from build and finishing stages, along with mechanical properties measured at key points were vital to providing data for developing a new process optimisation system, a software tool, (POSY). 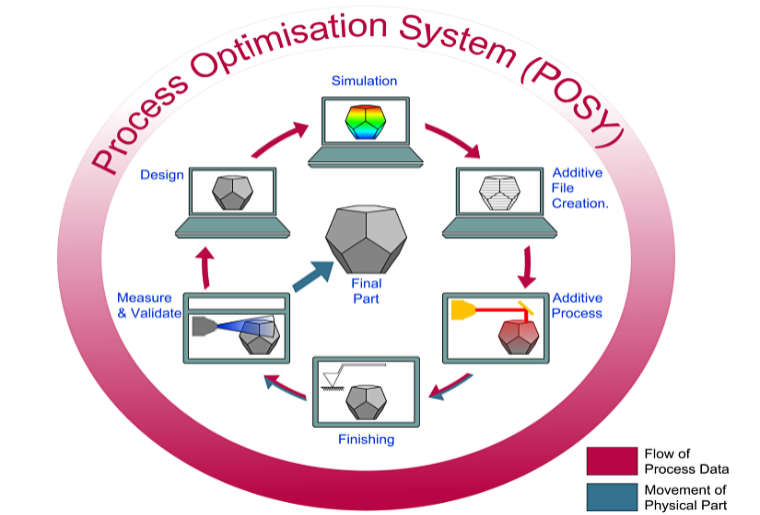 POSY is a tangible outcome from the project that is being designed and developed by MTC. This will help additive manufacturers to predict and set the best build parameters to achieve near net shape while maintaining tensile strength and also reducing initial surface roughness. In addition, it will help AM part design teams to allow for the tolerances required by further post processing using mass surface finishing techniques.

The MTC team was also pivotal in helping to design the experimental project. At the outset, Croft additively manufactured simple test bars in stainless steel 316L, having defined a series of different laser parameters and build orientations. Surface roughness measurements for each set of parameters formed the basic data matrix to begin the POSY software development. This process was repeated to create a sizable database.

A set of test bars were also produced for mechanical testing by a team at Liverpool John Moores University, who also carried out further post processing to surface finish them in both centrifugal disc and drag finishing machines.

An identical set of samples were provided to mass surface finishing specialist Fintek, who processed them in a centrifugal machine and also a new generation high-energy stream finishing system, both designed and built by OTEC Präzisionsfinish GmbH. 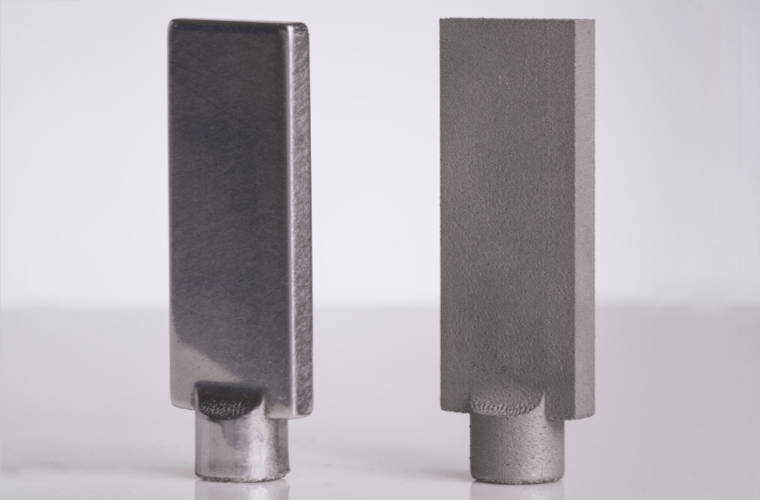 Measurements of surface roughness before and after processing, tensile strength and mechanical properties were then supplied to MTC to use in developing the process optimisation system.

In the centrifuge machine LJMU found that roughness differed depending on if the AM bars were built layer-by-layer horizontally, vertically or at 45 degrees. During the finishing cycle, they responded differently with plastic process media over time – vertical built bars saw the greatest reduction in surface roughness, followed by the horizontal build and then the 45 degree build as the cycle time increased. Drag finishing proved to be more aggressive over the same time scale.

Fintek found highly variable cycle times were necessary to achieve smoothing. Surprisingly, they also discovered that the usual silicon carbide media used in high energy stream finishing was unsuccessful, sometimes resulting in pitting on the AM part surface due to its grain structure.

Like LJMU, they achieved better results using plastic media. Both LJMU and Fintek found that the greatest roughness decrease occurred in the first 20 minutes with increments showing further improvement working up to 80 minutes of processing time at between 190rpm and 250rpm.

These initial studies also showed that the rate of material removal in post processing had implications for the initial AM part build. The high energy stream finishing performed best in achieving a commercially viable smoothness. However, as this process is capable of rapidly removing material it would need to be mitigated by designing-in material to be added in strategic locations during the part build.

The next series of tests represented a real-world additively manufactured component of greater shape complexity. With experimental design from MTC to help validate the POSY software, Croft created an AM part comprising a series of flat, curved, inner and outer surfaces. Again, initial surface roughness measurements and part build parameters were supplied to MTC for inclusion in POSY.

Croft manufactured identical sets of test pieces for LJMU and Fintek to process. The results from mechanical testing and high energy stream surface finishing were added to the developing software tool.

To refine the stream finishing process, Fintek called on the extensive laboratory facilities of OTEC Präzisionsfinish. With an adjustment of the plastic media, the SF machine proved capable of surface finishing external facets to Ra 0.05µm in just 12 minutes – a time comparable to processing a subtractively engineered component and much more commercially acceptable. However, the smaller internal spaces were still challenging to penetrate for current process media types.

To validate the effectiveness of the data collated from the research and the new POSY software, a desired surface finish of an AM part was entered into the software tool which then predicted the required build parameters and orientation necessary to achieve the target.

Built using this data, the AM part was tested and the actual surface roughness of the build was found to be within six percent of the software prediction. This demonstrated that by using POSY a more accurate prediction of build parameters could be made to enable the creation of a part nearer the net shape from the first build, significantly reducing costly trial and error work often required. Just as important, the surface finish of the part was already much improved in the build, subsequently requiring less post processing time.

With the help of Innovate UK a leap forward has been made in understanding the correlation between AM build parameters and mass surface finishing. The benefits are more than cost saving, they also come from opening up the areas of AM part applications that are beyond current technology.

Further testing of AM materials and refinements of mass finishing media and processes will provide a richer data set for the development of POSY. This software tool will become even better at predicting the AM build parameters based on a target surface roughness and the known post processing method. 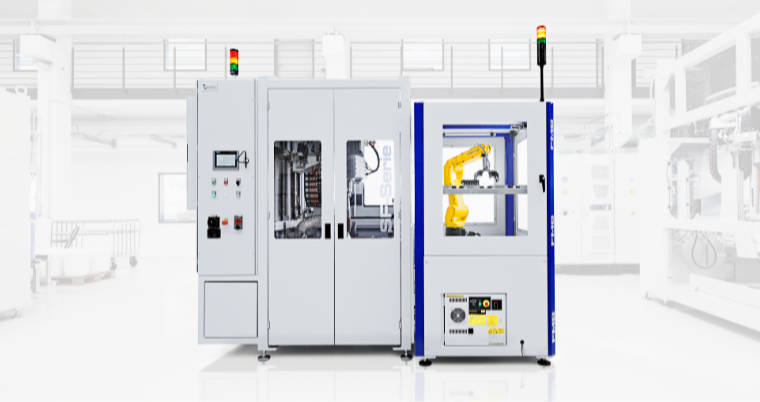 Importantly, stream finishing represents one of the newest forms of mass finishing. Being highly precise, adaptable and controllable it is well suited to additive manufacturing inline production processes.